4. Upping the Anti-, Another Christ?

The 'Last Hour' and Antichrist 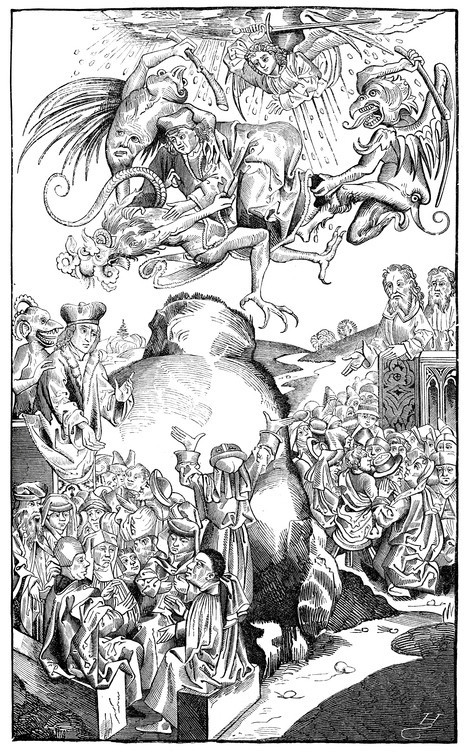 John's letters were pastoral letters which considered contemporary issues. The warnings against 'The Antichrist', and 'antichrists' must have been of contemporary relevance. The expectation was that the Antichrist would appear very soon. John stated that it was the last hour. What does this mean? 'The last day' concerned the years leading up to AD 70 and the fall of Jerusalem to the Romans. This expression is used several times in the New Testament and can only refer to this time period. 'The last hour' would have therefore been the late AD60s.

Paul predicts a 'falling away from the faith' in the second letter to the Thessalonians. This appears to have occurred in John's churches (1 John 2:19) when:

There is no justification for assuming that the Antichrist described in John's first letter refers to someone who's coming is delayed to our era i.e., many centuries later.

The pdf file attached to this web site discusses this topic further. 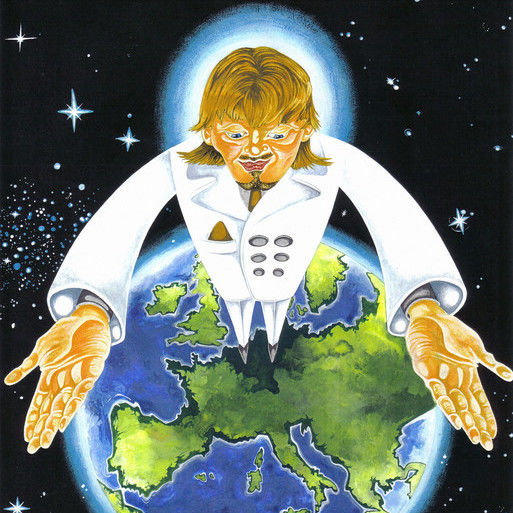 The teaching against Antichrist is relevant today. John's first letter warns against antichrists and provides guidance on their treatment by the church. This teaching is relevant to all ages.

Around 100AD a sect called the Nassenes came to prominence, as described by Hippolytus of Rome (AD170-235) in his book 'The Refutation of all Heresies'. The inspiration for the sect came from the writings of Mariamne. He claimed to have received 'special knowledge' from James, Jesus' brother. In fact his 'special knowledge' turned out to be Egyptian and Assyrian pagan beliefs repackaged. Mariamne and his followers have the dubious distinction of being the first pseudo-Christian cultists in recorded history. Hippolytus in writing about the Nassenes held the view that '[The] Nassene heresy is the root error from which all other heresies had sprung' (Refutation 5.11.1). The root heresy is that Jesus is not God.**

The young Joseph Smith had a good knowledge of the Bible, apparently rejected the divinity of Christ, proclaimed himself a 'new Mohammed' and founded Mormonism.

Charles Taze Russell was a leader in the Bible Student movement on the 19th century. He apparently rejected the divinity of Christ, and founded the Jehovah's Witnesses. According to Catholic.com1 most 'Witnesses' are ex-Catholics and Protestants.

Mary Baker-Eddy was a student of the Bible. She apparently rejected the divinity of Christ and went on to found the Christian Scientists.

John Thomas 'rediscovered' Bible truth. He rejected the divinity of Christ and went on to found the Christadelphians.

Each of the founders of the above modern 'alternatives' to Christian religion had the same background to that of the antichrists described on the Bible: they all understood the gospel (not least due to their knowledge of the Bible), they rejected the deity of Christ and went on to found a religion which sought to attract followers from true Christianity.

The antichrists of Daniel and Revelation

Irenaeus, writing towards the end of the second century, foresaw that the Antichrists of Revelation chapter 13 would appear following the fall of the Roman Empire and its succession by ten kingdoms. This proved to be the case. The prophecies in Daniel and Revelation were fulfilled when Damasus, the bishop of Rome, accepted the title Pontifex Maximus from roman emperor Gratian. The bishop of Rome's successors adopted further titles which consolidated their status as 'alternatives to Christ'.

The title 'Pontifex Maximus' gave the bearer authority to set the times and the seasons (Daniel 7:25). It was a title of pagan origin. Pagan high priests from the time of Daniel had this title and stood as mediators between man and the pagan gods. The bishop of Rome therefore claimed to stand between man and God - a ministry which belongs only to Jesus.