6. Other Prophetic Points of View

Other Prophecies in Daniel Chapter 12 and their Fulfilment 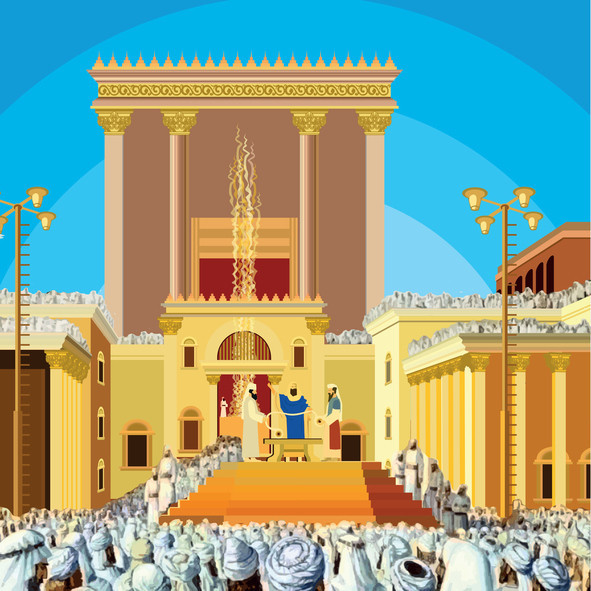 'And many of them that sleep in the dust of the earth shall awake, some to everlasting life, some to shame and everlasting contempt.

'And they that be wise shall shine as the brightness of the firmament; and they that turn many to righteousness as the stars forever and ever.'
(Daniel 12:2-3)

These prophecies have not come true literally, so those of the Futurist school regard them as remaining outstanding and therefore refer to the future. This conclusion is not justified.

Bible teaching is sometimes based on references to historical forms and types which are illustrative of future realities. This is the case here. The Jews of that day (second century BC) were raised from a spiritual state of deadness and indifference to their religion to either that of embracing traditional Jewish teaching and practices ('shining like stars'), or rejecting their traditional faith (to their 'everlasting shame') and embracing the paganism brought in by Antiochus Epiphanes.

Mattathias Maccabeus initiated the Maccabean uprising . On his death bed he exhorted his followers to overthrow paganism and obtain a 'sort of immortality'. His children and followers started the Maccabean rebellion (166BC) and the restoration of the temple .

Antiochus Epiphanes held pagan sacrifices in the temple for three years and six months (time, times and half a time, 1,290 days) thereby fulfilling the prophecy in Daniel 12:7,11. Josephus (first century AD) also saw the desecration of the temple as the fulfilment of Daniel's prophecy .

'Blessed is he that waiteth, and cometh to the one thousand three hundred and five and thirty days'.
(Daniel 12:12)

Following the Maccabean revolt, temple worship was restored after a period of cleansing (Daniel 12:12). The fulfilment of his prophecy is described by Josephus (in his History of the Jews). The cleansing of the temple and re-establishment of the sacred objects could easily have taken 45 days - as implied in Daniel 12:12, above.

A Jewish festival was established to celebrate the renewal of the temple. The festival was called 'Lights'6. This became the feast of Hanukkah which was observed at the time of Jesus and today. The description of 'shining like stars' and the festival of 'lights' fit together figuratively.

The expression 'time of the end' is used. Does this imply that the predictions of Daniel 12 concern times close to the return of Christ? Many 'ends' appear in biblical history: the end of the ancient world in the Flood, the end of the old covenant, and the end of biblical Israel. Even Futurists divide time into seven dispensations, each of which has 'an end'. 'The end' in this context is the end of the oppression to the Jews by a foreign king and the start of a new era.

This scripture is sometimes taken to be predictive of the modern era. However, this is unlikely given the context. The Bible is not concerned with scientific development or human transportation achievements but the spread of the knowledge of God.

In summary, all of the prophecies of Daniel Chapter 12 can be considered to have been fulfilled in the second and first centuries BC. The details predicted by Daniel are closely similar to Josephus' account of events during that period. There are therefore many reasons to view the predictions of Daniel Chapter 12 as being wholly concerned with the Maccabean era.

Some Old Testament events are used by Jesus to illustrate how prophecy may be fulfilled. This does not justify transferring prophecies from the second century BC to our future, a 'recycling' of prophecies.