The 'Man of Lawlessness' and His Works 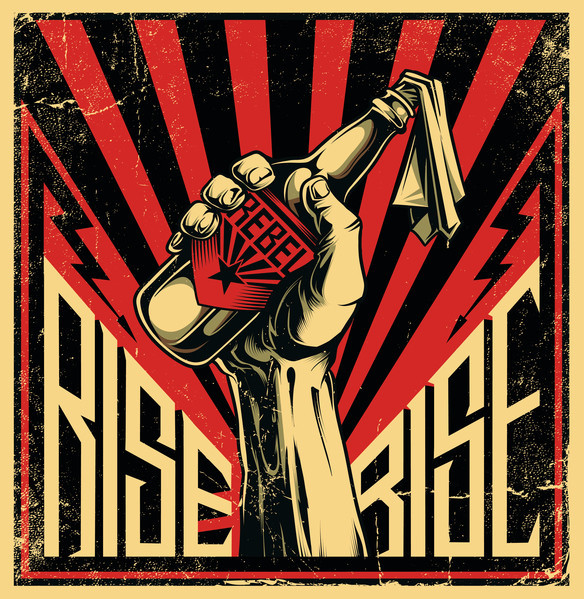 1 'Now we beseech you, brethren, by the Coming of our Lord Jesus Christ, and by our gathering unto him, 2 that ye be not soon shaken in mind, or be troubled, neither by spirit, nor by word, nor by letter as from us, as that the day of Christ is at hand.'
(2 Thessalonians 2:1-2)

Paul continues with a list of things that must happen before Jesus comes. The list should not be considered as exhaustive. It only contains those events which were of immediate relevance to the Thessalonians.

Futurists argue that the 'man' doing the restraining was the Holy Spirit. However, the omnipresent Holy Spirit would have to be removed from the world for the Man of Lawlessness to appear! Theologically difficult.

Paul wrote to the Thessalonian church to comfort it at a time of tribulation. Paul's teachings were in response to current issues. It makes no sense for Paul to provide chronologically disjointed teaching on some far future matter (a Man of Lawlessness appearing several centuries down the road) and mix it with contemporary issues. The letter generally otherwise concerns issues of immediate contemporary significance to the Thessalonians.

Those who 'Fell Away'

'Let no man deceive you by any means, for that day [the day of Christ] shall not come, except there come a falling away first...'
(2 Thessalonians 2:3, written AD51-52)

Other translations of the Greek include 'apostasy' and 'rebellion'.

In 2 Thessalonians 2:11 it is also stated that powerful deceiving spirits would be sent to that generation. This is in turn a repeat of a earlier prediction by Jesus (Matthew 12:45) of mass demonisation of the contemporary unbelieving Jewish generation.

The theme of 'falling away' due to the influence of deceiving spirits is also mentioned in Paul's first letter to Timothy AD66/67). Was there such a 'falling away from the faith'? There is no biblical evidence of a 'falling away' in the church. The difficulties created by antichrists would not appear until the end of the first century. From Pentecost until AD70 the church considered itself to be the next phase in Judaism and therefore essentially part of the Jewish community. Adherents to 'the faith' would have included all Jews - both Christian and non-Christian.

If the expression 'the faith' is understood in a broad sense to mean the Jewish faith in general, then the influence of deceiving spirits together with the breakdown of Jewish society and religion in the years before AD70 would have resulted in many non-Christian Jews questioning the integrity of their faith. The endless infighting between zealot Jewish factions, the violence of the Romans and ultimately the siege of Jerusalem would have demoralised many. Jesus had been rejected as the messiah and no other messiah with any credibility had been forthcoming at the appropriate time. Josephus records a complete breakdown of all moral and civil order before Jerusalem fell.

All of the above texts (2 Thessalonians. 2:3, 11 and 1 Timothy 4:1) taken together imply that in the generation of AD34 to AD70, there may have been 'a falling away' from the faith due to rejection of Christ and the influence of evil spirits. A more distant future 'falling away' (in our age) need not be inferred.

'Let no man deceive you by any means, for that day [the return of Jesus] shall not come, except ... that the man of sin [Man of Lawlessness] be revealed, the son of perdition...'
(2 Thessalonians 2:3)

Since 'history provides the best commentary on prophecy', we should ask, 'Did a Man of Lawlessness' appear after AD50 and did he do all the things predicted?

One person who was very prominent in the events leading up to the Fall of Jerusalem was John of Gischala. The following is summarised from Josephus' 'The Wars of the Jews':

The Man of Lawlessness was John of Gischala. His time came to an end when the Lord:

'destroyed him with the breath of his mouth and the brightness of his coming'
(2 Thessalonians 2: 8, NKJV)

But was John of Gischala destroyed by the breath of Jesus at his coming (in AD70)? Did Jesus return in AD70? Verse 8 is mistakenly considered by Futurists to be a picture of the Second Coming of Christ. It is therefore inferred that the Man of Lawlessness (and his demise) belongs to the distant future. This need not be the case. The language used here is figurative and quotes from Old Testament sources, and are found together in Psalm 18 and 2 Samuel 22.

In addition, Daniel 7 and Ezekiel 1 picture God using similar 'fiery' language in the context of judgement. The image of God coming in brightness is a prophetic image seen by prophets. It depicts a heavenly scene only seen by a prophet but which has a message for those on earth: imminent judgement. No one saw Jesus above the clouds of heaven in AD70 or at any other time. 'This brightness of his coming' is seen in a prophetic vision.

The context of Psalm 18 and 2 Samuel 22 is that of David rejoicing on account of the demise of King Saul. There are some similarities between the 'career' of Saul and that of John of Gischala. There is no particular reason to associate Psalm 18 or 2 Thessalonians 2:8 with a yet future coming of Christ.

If the expression in 2 Thessalonians 2:8 is taken figuratively, and scripture is used to interpret scripture, then what was promised was delivered in AD70.

The Man of Lawlessness and the Antichrist Compared

The biblical texts describing the Antichrist and the Man of Lawlessness are contained in different letters, written by different authors, many years apart, written to different churches in very different circumstances. A comparison between the different sources is made as follows:

The Man of Lawlessness (by definition) was an irreligious and violent person - a megalomaniac who bullies his way to power and commits sacrilege. Many (innocent) people are victims of his lawless activities.

There are notable differences between the man of Lawlessness and the Anti-Christ. Those who hold that the two persons are in fact one and the same, and that this person appears four centuries (Reformed Theology) or nineteen centuries (Futurism) later are arguably mistaken.

Finally, although the 'Man of lawlessness' came and went a very long time ago, there are lessons here for the church for all the ages. Nations that reject God may be misled by Christ-rejecting leaders who lead them to destruction.